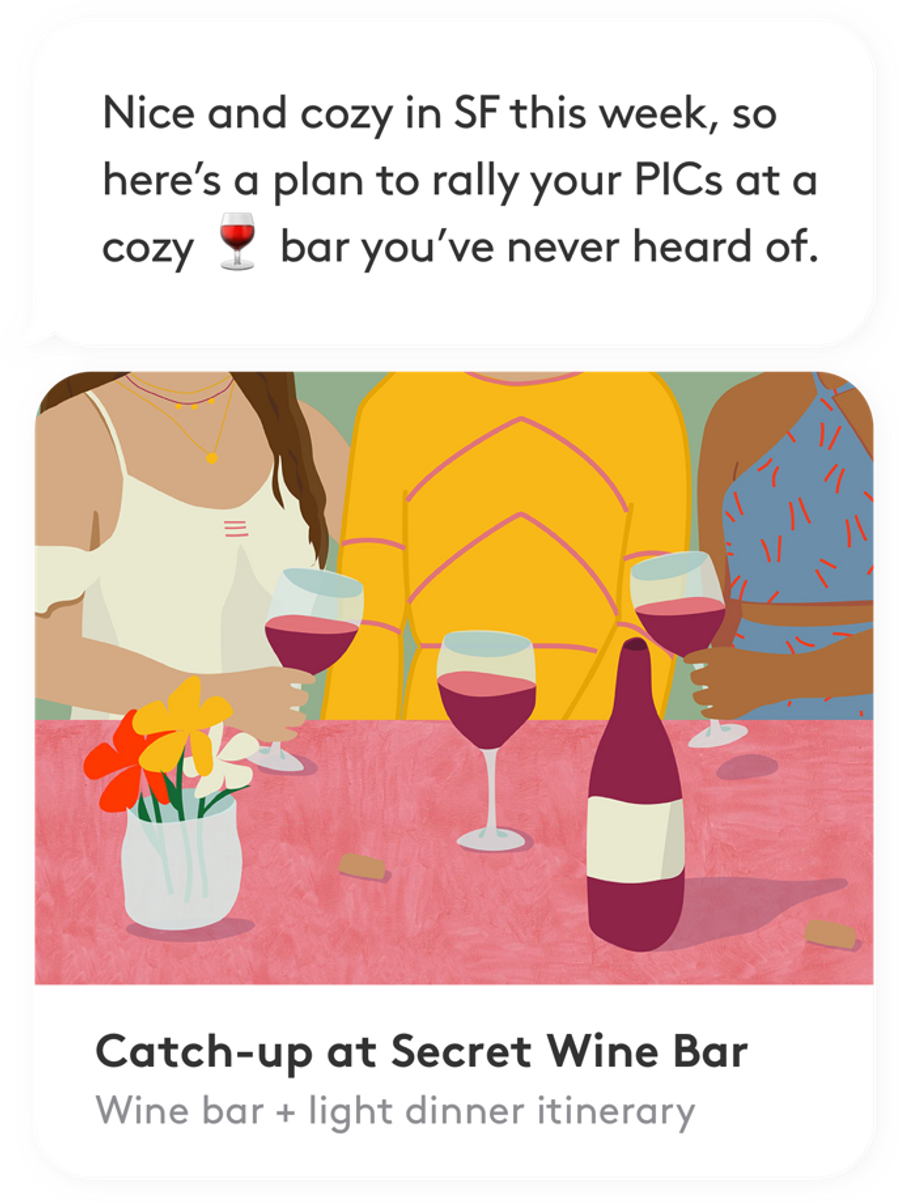 A survey from Eventbrite found that more than 78% of the millennials in the US prefer to spend money on a desirable experience or event as opposed to buying an object. To lure this generation, travel companies push flashy information-overloaded emails or app notifications, which generally are ignored by consumers.

John Peterson had a different idea to tap experience-hunting consumers — a text-based communications channel to deliver inspirational plan ideas. He created Livday, which created daily itineraries for users to explore cities. These itineraries also included places to grab coffee or to have meals.

At the time, John's younger sister, Sarah was working with Apple in Munich. She got so obsessed with this idea that created over 50 Livday plans. She also wanted John to expand the operations to Munich. Eventually, Sarah relocated to San Francisco, quit her job, and joined her brother while they rebranded the company as 'The Nudge'.

The Nudge sends text messages, which are carefully written to draw attention, allowing millennials to spend time on actually doing things. The company believes that the intimacy and quickness of text messages delivers deliberate attention and a call to action.

“We want people to really feel like The Nudge is just another one of their friends texting them, and I think we’ve succeeded there so far. Nearly all of our growth has come from word of mouth. You’re right that text messaging is a sacred space, and we’re very sensitive about that,” said John in an interview with TechCrunch.

The messages are called ‘Nudges’ and typically contain handwritten ideas such as a weekend hiking plan or brunch ideas, which the startup believes will be liked by its target users. The texts also include a link to details of the complete plan including pictures, logistics, etc. Apart from text messages, there is also a Nudge app where a user can save a given plan for later, or mark Nudges as 'achieved'. The company is focusing on San Francisco for now.

The Nudge has an editorial team of three employees, who design ideas for its subscribers by putting them into a friendly and narrative style in the text delivery mechanism. The team is taking support from social media influencers to help create a buzz around trendy ideas for its millennial users. These ideas are customised based on factors such as the current weather and local trends, and are not user-specific. The company's aim is to create a Nudge-Club rather than a personalised lifestyle advisor. It claims to have approximately 10,000 subscribers in San Francisco, out of which more than 70% are females.

The Nudge used to send the same idea to all its subscribers across San Francisco, which sometimes created venue overcrowding - resulting in booking cancellations. Now the company has started providing general suggestions in case of smaller venues.  In case of larger venues, it discloses specific details of the idea.

The company has also tested paid products that "nudge" its users in other parts of their lives, such as fitness. One such pilot program, called The Fit 30 Nudge, texted people daily workout routines. The company also created a 'sweaty selfie-tracker' that prompted users to take a selfie after each workout. The company claims that 2,000 people participated in this program, which cost USD 19 each.

In November 2018, The Nudge raised USD 540,000 in pre-seed funding led by seed-stage VC NextView Ventures, with Sequoia’s scout fund additionally taking part. The company plans to expand to Seattle in the near future, after receiving early success in San Francisco.

The personal assistance and suggestions market has witnessed few other players in the past. Another startup, named Shine, launched on-demand life coaching via text messaging in 2016. A company called Magic, offered 'get anything via a text message' service in 2015 and has now rebranded itself as a 24/7 virtual assistant. Bigger players such as Google tried the text route to inform people about shopping deals in their city, while Microsoft launched an iMessage app for social event planning last year. Facebook also added “M,” a text-based assistant app, to its Messenger platform in 2015 but shut down the service after it didn’t take off.