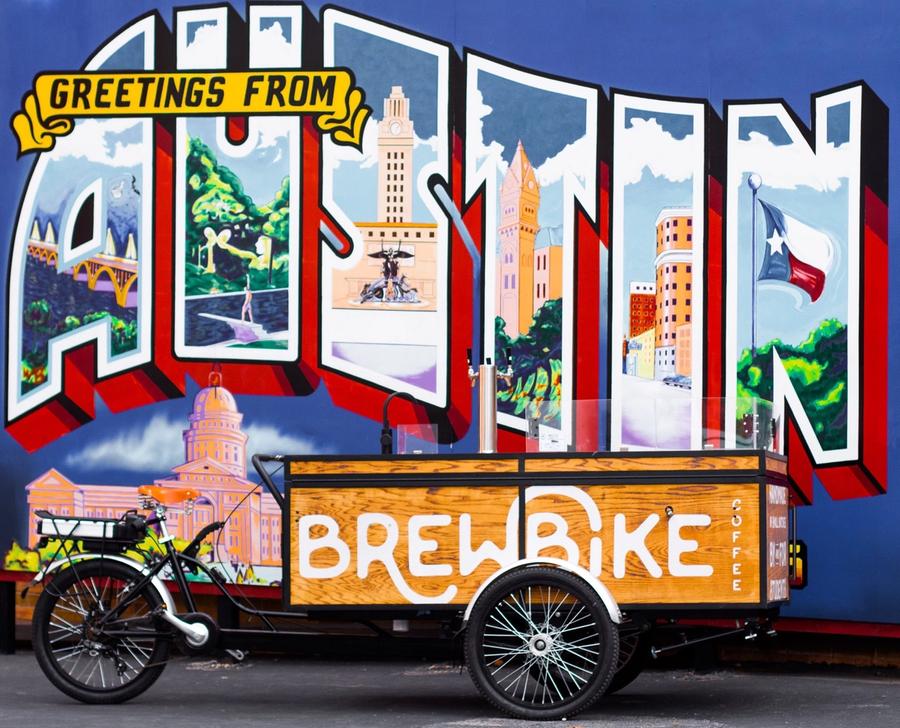 Americans are among the highest coffee consumers globally, with over 60% of them drinking coffee daily. The US coffee market grew to a whopping USD 45.4 billion in valuation in 2018, as per Allegra's World Coffee Portal. Further, it anticipates 40,800 outlets by 2023 with a CAGR growth of 2.8%. The major players in this market include Starbucks, Dunkin Donuts and Tim Hortons; which together control 68.1% of the overall US coffee market.

BrewBike was founded in 2016 at Northwestern University in Illinois by Lucas Philips. He started riding his coffee stand and bike hybrid around campus. He used to park it in high-traffic areas, attracting students and faculty as they made their way to class. He ran a successful Indiegogo campaign which helped him generate USD 10,000 for increasing production. Philips received another USD 10,000 during the company’s first year of operation when he participated in the 2016 Wildfire Pre-Accelerator at The Garage, Northwestern’s hub for entrepreneurship and innovation.

The company sources its cold brew from Chicago-based Limitless Coffee & Tea. Later, the company opened a micro-retail shop in the School of Education and Social Policy’s Annenberg Hall and launched cold brew subscriptions for on-campus Greek organizations. Besides selling coffee through bikes, BrewBike has also set up permanent cafés in campus buildings and offers wholesale options to businesses.

In an interview with Northwestern Now, Lucas Phillips said, “Before BrewBike, college students either had to drink bad coffee in the cafeteria or stand in long lines at Starbucks. BrewBike solves that problem by bringing coffee to college campuses in the most convenient ways, every day."

In January 2018, Philips hired CEO Randy Paris, a graduate of the University of Chicago Booth School of Business. Both of them steered BrewBike to the finals of Booth’s New Venture Challenge and placed it 2nd at Northwestern’s VentureCat competition. In the summer of 2018, BrewBike was one of four Chicago-area startups chosen to participate in the Pritzker Group Venture Fellows Program.

As of September 2018, BrewBike had sold more than 35,000 cups of its signature cold brew and generated more than USD 150,000 in sales. The company also raised USD 800,000 in seed round from leading investors, including entrepreneurs such as Matt Matros, the founder of Limitless Coffee and Protein Bar; Mats Lederhausen, the founder and CEO of BE-CAUSE; Deborah Quazzo, managing partner of VC firm GSV AcceleraTE; and Venetia Kontogouris, former managing director of Trident Capital.

The funding helped BrewBike to expand its operation to Austin, Texas. In an interview with ChicagoINNO, Randy Paris said, “Austin jumped off the page at us as a no-brainer. Austin is famous for food trucks, so it has a history of innovation around mobile food and beverage. When you’re selling cold coffee and cold tea from a bike outside, it’s a much more enjoyable experience for customers and employees when it’s 73 degrees and sunny. At Northwestern, BrewBike is only able to operate its bike retail model about 25 to 35 days each academic year, while in Austin, the bike will be able to do more like 150 to 200 days per academic year. BrewBike is launching in Austin solely with its bike model, but plans to add cafés and wholesale options in the coming months."

Since its launch in 2016, BrewBike has grown to more than 50 part-time, student employees. The company aims to expand to more than 100 employees by end of 2019. BrewBike has collaborated with Compass Group's subsidiary Chartwells, which operates on over 1,000 campuses in the US.

While BrewBike does not consider Starbucks, Dunkin Donuts and similar brick and mortar establishments as their immediate competition, but other ready-to-drink coffee brands such as La Colombe, Blue Bottle, Intelligentsia (which are also sold in campuses) pose a huge challenge to the company.

BrewBike plans to expand into the University of Miami (FL) and the Texas State in 2019. The company's ultimate goal is to be the go-to coffee company on college campuses across the country.