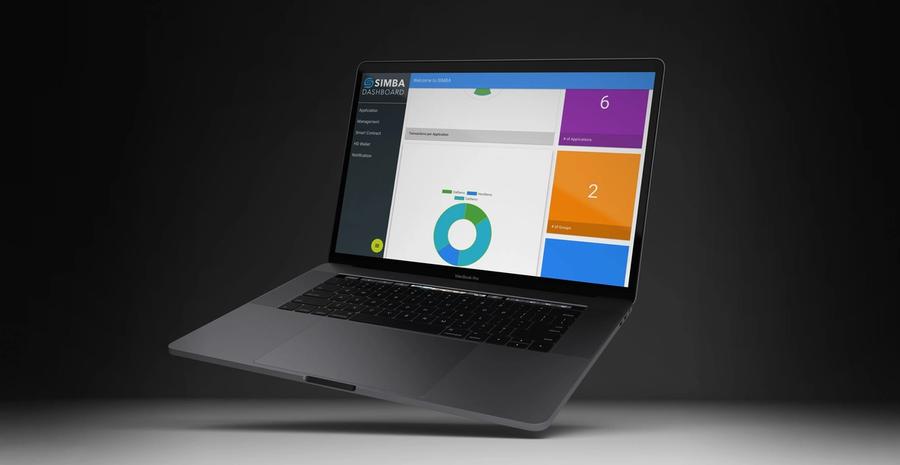 Blockchain technology has experienced a meteoric rise in the last couple of years. Corporations across the world have acknowledged the benefits of implementing blockchain. According to research firm Markets and Markets, the Blockchain-as-a-Service (BaaS) market is expected to grow from USD 623.0 million in 2018 to USD 15.45 billion by 2023, at a Compound Annual Growth Rate (CAGR) of 90.1%.

Several startups are trying to capture this growing market, one of which is Simba Chain whose cloud-based platform enables users, developers, government, and the enterprises to develop and deploy blockchain dApps for iOS, Android, and the web. SIMBA stands for Simple Blockchain Applications.

In an interview with theBUIDL, Simba Chain CEO Joel Neidigsaid said, "The aim of Simba Chain is to make blockchain easy and accessible to everyone, without any coding skills. Our platform generates all the required APIs and codes. We, in fact, encourage C-suite executives to try their hands on our platform to quickly develop apps and build proof-of-concept for themselves to test."

Established in 2017, Simba Chain was originally formed to build a secure and unhackable messaging and transaction solution for the US Department of Defense through a Defense Advanced Research Projects Agency (DARPA) grant to Indiana Technology and Manufacturing Companies (ITAMCO) and the Center for Research Computing at the University of Notre Dame. The co-founders of the company include Jarek Nabrzyski, director of Notre Dame’s Center for Research Computing; Ian Taylor, a Notre Dame research professor and computational scientist; Gary Neidig; and Joel Neidig, director of R&D at ITAMCO.

The company provides custom APIs for blockchain access, along with a HTML5 Web app for further customization. These custom business APIs are connected to a common SIMBA API, configured using the specified blockchain and data store. Simba Chain's platform enables users to implement decentralized applications (dApps) that connect users and providers directly without third parties in both government and enterprise networks.

In an Interview with Microsoft for Startups, Joel had said, “It’s a kind of a zero-knowledge platform that you can deploy in literally minutes, where it might take people months to deploy a blockchain network on their own. As an analogy, think back to the early days of the internet when people were trying to setup servers or browse the internet in an easy way - it was very difficult. So, our platform brings everything together and you can deploy distributed apps very quickly without any coding skills.”

Currently the company supports Ethereum, Hyperledger Fabric, Quorum and Stellar blockchains, as well as the IPFS datastore. Simba Data Bundles wrap data for an asset into an Asset Manifest, which specifies data relationships using links to hashes that represent off-chain data on IPFS, or other distributed data stores such as CEPH. The company plans to support RSK, EOS, Tron, Waves and Factom blockchains eventually.

With 20 employees, Simba Chain has more than 600 developers on its platform, and has developed about 300 applications so far. The company has also collaborated with Microsoft to use their Government Azure cloud platform, and both Microsoft and SIMBA Chain are co-marketing their technology solutions to government and enterprise customers. It is also a member of 'Microsoft for Startups', a program delivering cloud services to startups.

In November 2018, the company won a contract from the US Air Force to implement Simba Chain's technology to improve its logistics and supply chain capabilities. Its other enterprise clients include US Department of Energy, US Navy, Dow Chemical and HealthSpace. Simba Chain's revenue model is subscriptions for developers (cost based on the number of transactions per month), while it offers customized solutions to business and government enterprises. Currently, the company generates about USD 1 million in annual revenue.

Simba Chain is a freemium platform, which allows most of its users to try its platform and monetize top 10% of its customers. In order to attract more developers, the company has sponsored blockchain hackathons in US, India, and a few other countries.

Technology giants such as Oracle, Google, IBM, HPE, Microsoft, Amazon Web Services, and SAP have all started offering BaaS solutions. Simba Chain, however, is a smart-contract-as-a-service which can be implemented on top of BaaS offerings from other major players; it serves its customers on a Bring-Your-Own-Blockchain concept.