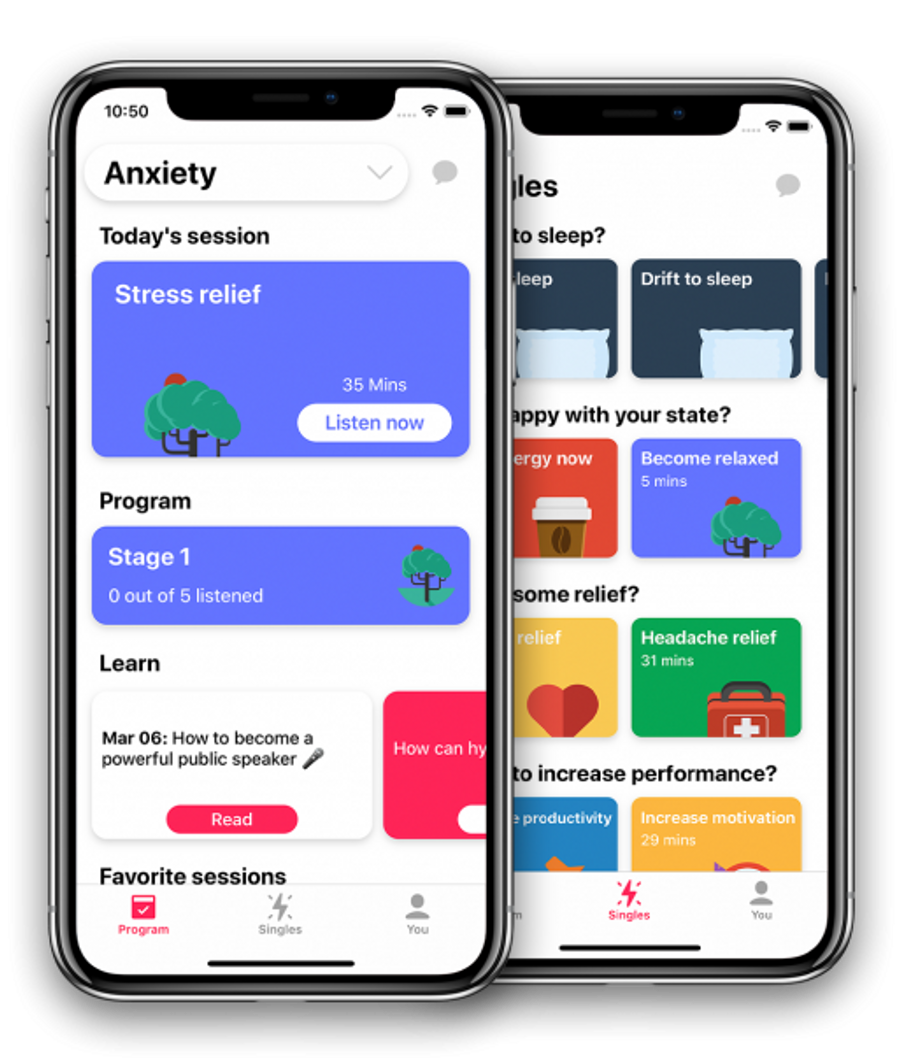 Anxiety is a normal mental state but persistent and uncontrollable anxiety can be overwhelming and interfere with daily activities, resulting in anxiety disorders.

"Mindset uses hypnosis to change one's mind to success by retraining the mental habits that control your productivity, procrastination, sleep and more. Its hypnosis recordings to brings the listener into a state of hyper-focused and relaxation, making it becoming receptive to suggestions. The app then provides suggestions to change existing attitudes and perceptions as well as building better mental habits,"  said Chris Naoumidis, in an interview with theBUIDL.

Mental health guidance company, Beyond Blue estimates that 45% of Australians will experience a mental health condition in their lifetime. Every year, approximately 1 million Australian adults face depression, and over 2 million suffer from anxiety. Alex and Chris were themselves suffering from anxiety and underwent scientific hypnosis sessions to overcome this disease. After their experience, they decided to help others by creating an app, leading to Mindset.

"We were very curious and sceptical when someone told us about hypnosis. We thought it was just magicians making people cluck like a chicken. But after a few sessions, we realised the massive potential it had for self-improvement, and how much it was limited by the stigma that surrounds it. So we decided to make an app that could help destigmatize hypnosis and help people like us," said Chris Naoumidis, in his discussions with TheBUIDL.

Although psychological problems such as anxiety doesn't cause the digestive disorder, people with Irritable Bowel Syndrome (IBS) may be more sensitive to emotional troubles. This is because the colon is in part controlled by the nervous system, which responds to stress.

The duo launched Mindset Health app through social media, Reddit threads and a product sharing platform Product Hunt. Within two months of the launch, they reached a milestone 12,000 users from the US, UK and Australian markets. The app generates revenue by charging subscription fees, which starts from AUD 10 per month. Since its launch, Mindset health has witnessed 20% month-on-month revenue growth. Going forward, the company plans to develop a subscription model for corporates and enterprises.

Initially, the company did not seek any external funding as it wanted to focus on understanding its users. Chris and Alex brothers developed the app themselves, to better respond to user feedback. The startup, however, aims to expand its footprint and raise funds for marketing activities. It also aims to partner with more doctors to create and deliver additional products for its subscribers.

Mindset Health competes with Primed Mind and HelloMind, both of whom offer tech-based hypnotherapy. The differentiating factor, according to Mindset heath, is that they offer doctor-curated services on their platform. Distant competitors to Mindset include meditation services including Calm and Headspace.

In July 2018, the company raised USD 51,000 pre-seed funding from Blackbird Ventures and Startmate. In Aug 2019, Mindset Health graduated from Y-Combinator and as a result received seed funding of USD 150,000.