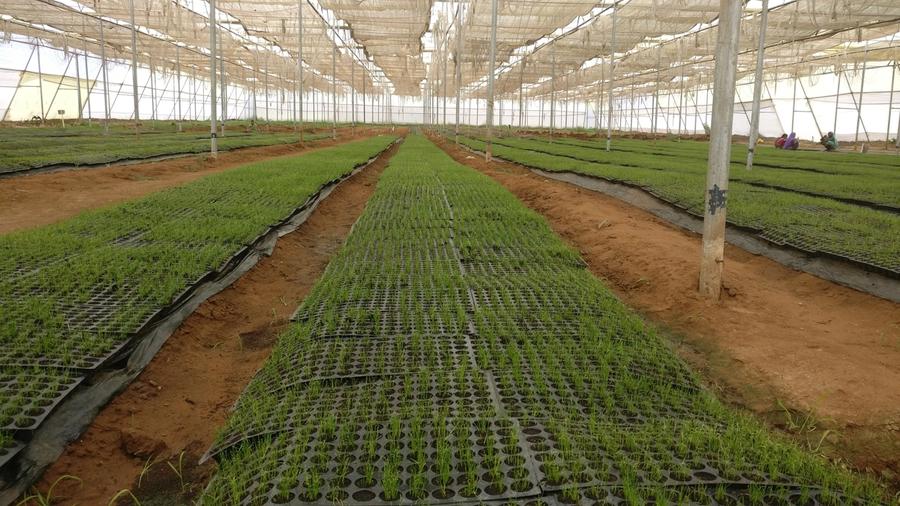 Ananda Verma was enjoying his corporate job as a Technology Leader at COVIAM until the day his father, a farmer, lost his crops due to adverse weather conditions. His father owned a small farm in the Indian state of Uttar Pradesh, where he produced vegetable seeds.

Realizing the large impact of adverse weather conditions on Indian farmers, he co-founded Fasal along with his friend Shailendra Tiwari, in 2018. Both of them left their jobs in Bangalore to work on Fasal. Fasal leverages an Artificial Intelligence (AI) based IoT platform to predict weather conditions, and helps farmers in making data-driven decisions.

"There is water scarcity in my village. In the initial days, I helped my father, back in the village, by building a small IoT device to monitor soil moisture which used to send SMS-alerts on when to irrigate. It started as a hobby to avoid further loss of crop seeds. Later, during adverse weather conditions when other farmers started losing their crops, my father informed them about this IoT device and the demand for the device skyrocketed" said Ananda, CEO of Fasal, during the discussion with TheBUIDL.

In India, agriculture contributes to about 17-18% of the country's GDP (FY 2018), with two out of three Indians depending on farming for their livelihood. Over the last couple of decades, the change and uncertainty in the climate has ruined crops to the extent that authorities report farmer suicides in India have reached 12,000/year. The Indian government has been announcing policies and monetary support to help these struggling farmers, but the underlying problems still remain.

Fasal's AI-powered IoT platform records data for a given crop in a farm. The company aims to solve two of the biggest pain points for the Indian farmers - pest control and weather uncertainty. Farmers are required to install a small device in their farm, which records various ground level data such as humidity, temperature, rainfall, leaf wetness, soil moisture, etc. The data is uploaded to its cloud platform where the data is analysed using machine learning for predicting micro-climate, diseases, and pests.

The sensor data from company’s device, along with forecast data from various external sources from IMD, Skymet etc., are fed into a machine learning model for predicting weather at a granular level. Over a period of time, Fasal’s microclimate model is trained with this data to reduce the error and make predictions more accurate.

The farmers are informed by broadcasting the predictions to their mobile phone in real-time. Fasal also makes recommendations on timing and amount of irrigation required to maximise the nutrient uptake for higher productivity.

The device also records data such as soil moisture, electrical conductivity and pH; which helps farmers to make irrigation decisions as well as the timing and area of irrigation. Its pest and disease management system work on the logic that most of the crop-related diseases are triggered by weather conditions.

Fasal's revenue model runs on pay-as-you-go model with nominal monthly subscription fee of INR 500 (~USD 7), and an upfront cost of the device costing INR 25,000 (~USD 350). The company claims that the total cost of ownership for the farmer drastically reduces with Fasal's value-added solutions. For example, a farmer can recover his cost of installing the device within few months by following Fasal's recommendations of reducing the number of chemical sprays and water, according to Ananda, "All our farmers are able to increase their crop yield by 10%-15%, save water by upto 20-25% and reduce the number of chemical sprays by upto 40%.

Last year, Fasal raised pre-seed funding of USD 120,000 from Zeroth, an AI startup accelerator. NASSCOM's Center of Excellence for AI and IoT has selected Fasal for incubation. The company is also one among the three winners of Sea Side Startup submit.

Fasal is being listed as the Great Indian Startup by Tech in Asia and Top six Indian AgriTech Startups that are revolutionizing agriculture. Fasal has also collaborated with the UC-Berkeley Andhra Pradesh Smart village initiative, an initiative between Govt. of Andhra Pradesh and the University of California, Berkeley.

In the next 2-3 years, Fasal aims to provide end-to-end solutions for 18 crops within India, including crops such as Banana and Tea. Its expansion strategy is based on crops, and not the region. So far, the focus of Fasal has been to reduce the cost of produce. However, in the long run, the company wants to move up the value chain by providing quality labels and connecting farmers with buyers.

Research firm, Markets and Markets, estimates the global precision agriculture market to touch USD 9.53 billion by 2023 growing at a CAGR of 13.4% from 2017 onwards. India, being one of the leading markets for this growth, has witnessed technology interventions in the agriculture sector over the past few years. Several startups such as AgNext, LeanAgri, Farmagain, Aibon, CropIn Technologies, Yuktix, Exabit Systems, Gold Farm, EM3, Oxen Farm Solutions; as well as technology companies such as Trimble, are investing in technologies to solve Indian farmers' woes.

The farming technologies in India has evolved over the last few years, with not only the wealthy and progressive farmers, but other smaller scale farmers are also opening up to the idea of precision farming solutions. The farming tech is going through the same adoption curve as any other technology, and the innovations in farming tech are expected to achieve economies of scale, making them more accessible for marginal farmers.