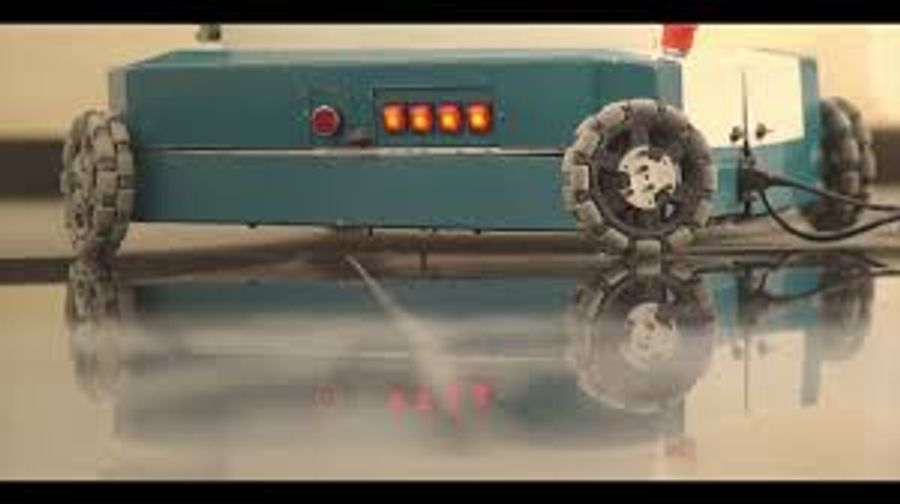 While the whole world is talking about how robots will ease our lives, Bangalore-based Endless Robotics have launched a robot that can paint 30 times faster than humans. Endless Robotics was launched by five college friends, from BITS Pilani & IIIT Hyderabad in India, in 2015. Their first product, the wall painting robot, is called Walt, which does painting jobs through a service called Strox.

Although the adoption of robotics is low in India, the country has witnessed growth in this sector in the last couple of years. This was primarily driven by rising disposable income and lifestyle changes. The commercial usage of robots has increased due to rising labour costs, an increase in production demands and international competition for producing faultless products.

Endless Robotics provides robotic spray painting services for construction and real estate projects. The company claims that Walt can paint 30 times faster than a normal painter, and uses the best of spray mechanisms with the precision, consistency and intelligence we expect from a robot. The company is targeting mid-level new residential projects in Hyderabad. In the medium term, the company plans to focus on solving problems associated with exterior painting, glass cleaning, and high-rise maintenance activities.

As soon as the project is assigned to Walt, a survey is conducted to map the interiors of the house by scanning the area. The next step is to place Walt at the start position and feeding the scanned data into it  through a mobile app. Walt is programmed to work wirelessly through a tablet device, with all the controls provided to the operator. In the background, Walt utilizes an algorithm that reconstructs the 3D model through the scans provided to it. Walt is intelligent enough to skip non-paintable areas on a wall (windows, switchboards, beams, and doors etc.), as indicated by the operator in the 3D scan. The robot also corrects itself from any external disturbance caused by moving on a rough surface or accidental shove or push.

“Walt can do around 60-70% of the repetitive work involved in a paint job all by itself. While assisting humans in painting, Walt can enable a three-member team to accomplish 10 times the work they would have otherwise done in a day," said CEO Srikar Reddy in an interview with Factor Daily. He claims that Walt can save upto 5% of time and money involved in a multi-trillion dollar industry.

Endless Robotics estimates the size of the total addressable market for painting jobs in India to be USD 3.6 billion, of which one-third is in the major cities of the country, growing at a CAGR of 25%. Endless Robotics has already completed projects with leading developers in Hyderabad, including Meenakshi Group and Kalpataru Group. It now aims to expand into Pune and Bengaluru markets within India.

In March 2016, Endless Robotics raised USD 100,000 in a seed funding round, led by New York-based angel investors Devidas Desai and Vipul Gautam, along with The Singapore Angel Network which participated through its investment platform Termsheet.io.

The company is planning to produce more robots and put them on rental contracts with large developers. The founders revealed to The Economic Times that the company has already received an expression of interest from an international EPC (Engineering, Procurement, and Construction) company for buying 10-12 units of its robots. The company also plans to engage in annual maintenance contracts with the buyers of Walt robots.

The leading countries in the consumer robotics industry include United States, Japan, South Korea and Germany, where robots can be seen helping people in household chores including vacuum cleaning, mopping, and lawn mowing. According to Polaris Research, the global service robotics market size was valued at USD 13.1 billion in 2017 and is expected to grow at a CAGR of 17.3% during 2018-2026.