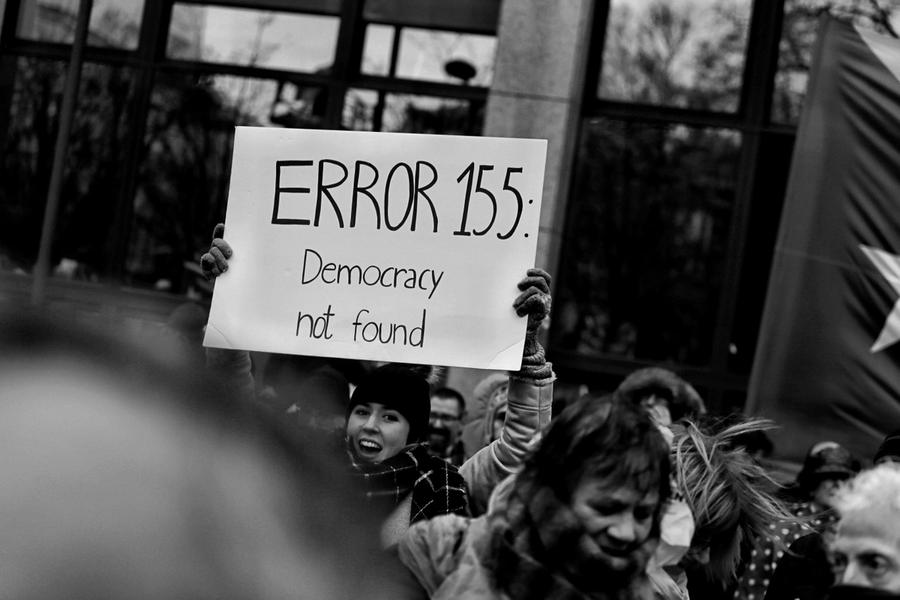 Political campaign spending and lobbying interferes with the way an economy works, especially for the middle class citizens. Corporations and the super-rich pour money into campaigns and lobby for favourable policy outcomes. In a 2015 New York Times survey, 84% of adults believed money has too much influence in politics.

The company's crowd-driven platform leverages social networking, crowdfunding and crowdsourcing tools. In an interview with Business Wire, founder Jeff Allan said, “There’s a real perception in this country that the average citizen no longer has a voice in politics. Big-money has disproportionate influence in laws and policies at both the state and federal level. Issues like Net Neutrality are a perfect example of this. We will be providing a platform that restores balance to the process for all Americans and gives teeth to the sub-grassroots level of political activism.”

The company allows individuals and small groups to achieve what large companies and advocacy groups do all the time - find a cause, develop legislation to help that cause, then hire lobbyists to get it passed.

In an interview with the Concord Monitor, Jeff said, “Echo Ridge is like Facebook meets Kickstarter meets Upwork, except it’s all politics.”

Echo Ridge has four full-time and three contracted employees. It is one of 13 New Hampshire startups chosen by the New Hampshire Tech Alliance to be part of this year’s AccelerateNH.

Echo Ridge was founded by Silicon Valley veteran Jeff Allan in 2016, and was incubated through the Dartmouth Entrepreneurial Network (DEN) at Dartmouth College.

The idea of Echo Ridge came to Jeff while he was working for Lottery.com, the firm which allows lottery tickets to be bought through smartphones. Since the lottery regulations vary in every state, he had to spent a lot of time dealing with politicians. Easy access to politicians made him think if it was possible for ordinary American citizens to influence politicians and the political system.

Like with any other crowdfunding sites, the company will not funnel any money until an entire pledge level is reached, and all the participants must disclose their verified identity. Jeff expects few challenges while bringing in lobbyist to the platform. “The most difficult part is to get lobbyists and other professionals onboard with your cause. Somebody whose reputation and livelihood depends on trust and livelihood isn’t going to take on anything that’s career-destroying for a $5,000 retainer,” he added in his discussion with Concord Monitor.

Through its Dartmouth connection, Echo ridge raised USD 150,000 in pre-seed funding from undisclosed people met through Dartmouth in November 2018. The company aims to raise seed round funding of USD 450,000 soon.

The company's business model is a hybrid of Kickstarter and Upwork. Echo Ridge charges 7% fee from crowdfunding and 8% fee on the crowdsourcing platform. In medium term, the company plans to gather analytics to understand people’s political motivations, which it believes can help elected officials understand their constituents better.

EchoRidge plans to adopt family leave as its first federal project. While this topic draws support from many, there are still sharp disagreements about how to best implement and pay for it.

The company announced the launch of its platform in private beta for a California nonprofit organisation, Faith Advisory Council for Community Transformation (FACCT), which will leverage the platform to advance legislation for a program aiding at-risk youths in the California foster care system.