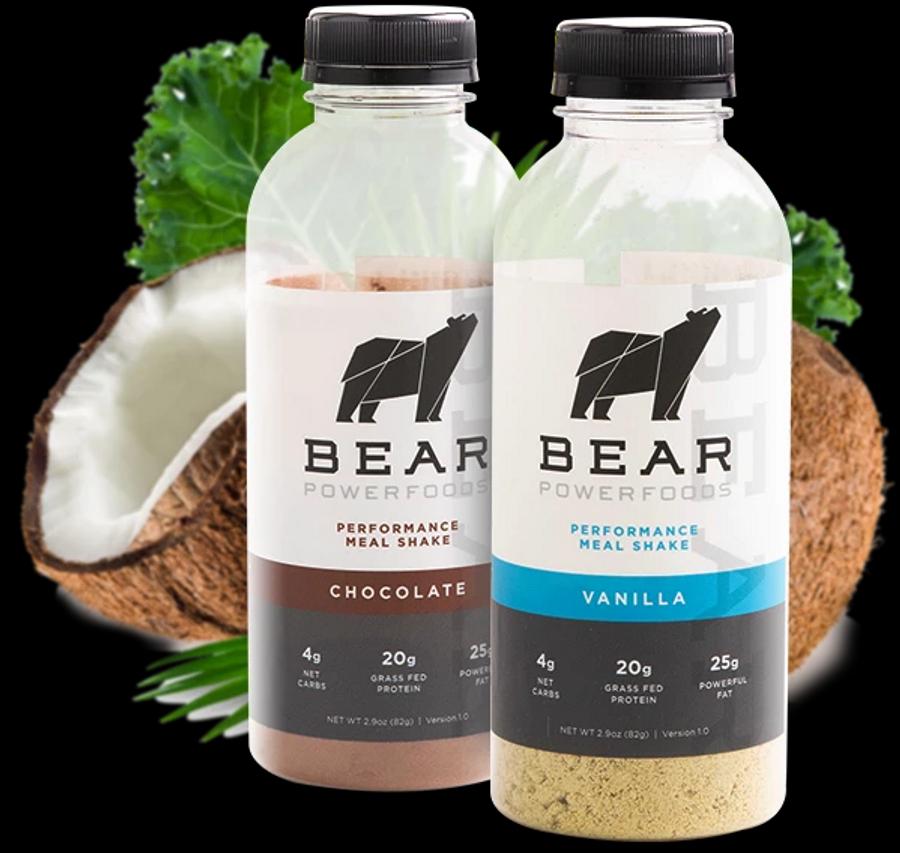 Bear Powerfoods - a keto-friendly, meal-replacement shake for health conscious consumers on the go

The meal replacement market has witnessed growth in the last couple of years. According to Market Reports World, the meal-replacement products market is estimated to grow at a CAGR of 7.1% during 2019-2024. The major factors driving this growth are busy lifestyles, rapid urbanization, increasing healthy food consumption habits and food convenience.

The growth of e-commerce has further fuelled this growth by offering a variety of shakes and bars for online purchases. Several such meal-replacement drinks have launched in the US to tap this market - one such startup is Bear Powerfoods, offering keto meal shakes.

Bear Powerfoods is a plant-based, paleo and ketogenic meal replacement shake. It can be customized by the consumers based on their drinking preferences. After shaking the bottle to break up the powder inside, consumers may add a liquid of their choice to create a nutritious on-the-go meal. The shake contains MCT oil, kale, pumpkin seed protein and probiotics, and the company boasts of just 5 net carbs in it.

Founded in 2017, Bear Powerfoods was developed by a team of food scientists and a chef from a Michelin Star restaurant. It is among the first plant-based meal replacement drinks suitable for the Keto and Paleo diets. The idea came from the success of meal replacement brands such as Soylent, in the US.

The drink has been launched in two flavours - Original (Vanilla Chai) and Chocolate. After mixing with a base beverage of choice, the company claims that each Bear Poweroods shake has a more nutrient variety than a kale salad, more protein than 3 eggs, and more probiotics than 4 bottles of kombucha. Its online sales are managed by Shopify.

In January 2018, Bear Brands (the parent company of Bear Powerfoods) raised about USD 164,390 from an Indiegogo campaign. The company's co-founder and CEO, Max Baumann, in an interview with BevNet, said, “We’re thrilled to see so many people excited about Bear Powerfoods. I believe a lot of the success is due to the low net carbs and plant based properties, which are extremely difficult to find in meal replacement shakes today. We can’t wait to see what the rest of the campaign will bring!”

The target consumers for Bear Powerfoods include demographic of men between 25 and 40, including athletes, entrepreneurs, engineers, gamers, and other consumers seeking on-the-go meal replacement and nutrition. The company also plans to partner with social media influencers and utilize digital advertising, targeted media outreach, and e-mail lists to build and maintain its base.

*An earlier version of this article mentioned Bear Powerfood shakes as being vegan. That was incorrect. The shakes are not vegan.